1912 Things To Do venues in the UK and Ireland

Bubble Football Bognor Regis is one of the premier West Sussex South East England Bubble Football venues, with full public liability insurance and risk assessment. Activity Guide ensure that your Bubble Football event is handled efficiently and with the minimum of delay so you can just look forward to a fun filled day. 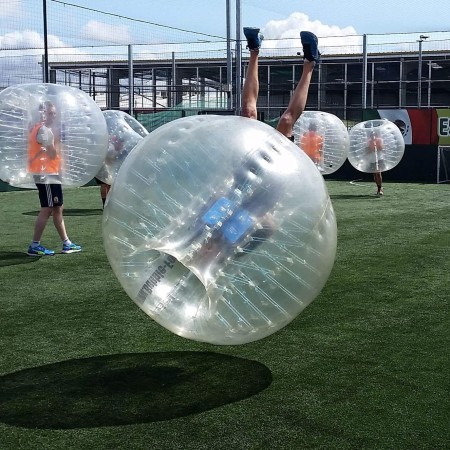 Do you have them self-proclaimed Cristiano Ronaldo footballing talents? Or do you struggle to even kick a ball? Well, whatever your footballing abilities, you'll be on a level playing field in this activity as you take part in the adrenaline-filled fun of Bubble Football in Bognor Regis! Placed insi...

Excellently placed in the beautiful seaside resort of Bognor Regis, you're bound to have an amazing day out after you've experienced all the adrenaline-filled footballing fun of Bubble Football! We're...